The two Chinese characters in the city’s name are 上 (shàng, “above”) and 海 (hǎi, “sea”), together meaning “Upon-the-Sea”. It is split in two by the Huangpu River into the area of Puxi (浦西 Pǔxī) West of the river, versus Pudong (浦东 Pǔdōng) east of the river. Shanghai has everything. It’s glitzy, sexy, smart, beautiful, cultural, loud, cultured and the women are gorgeously dressed! 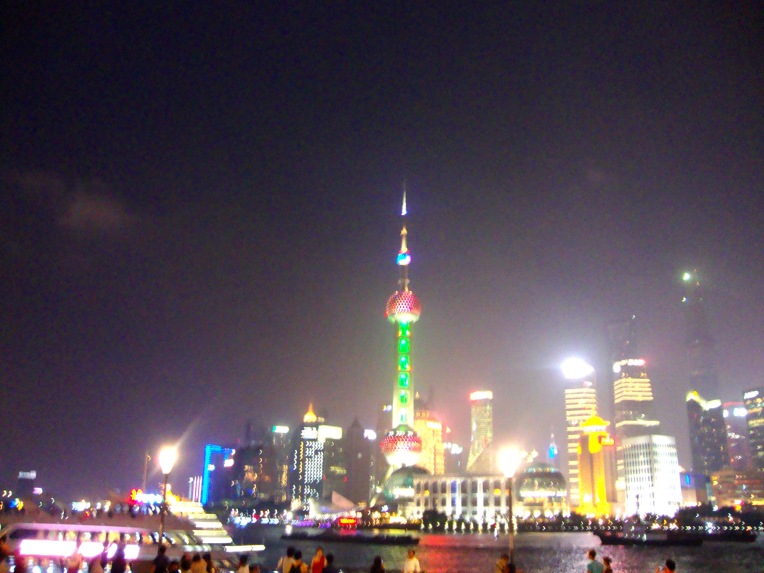 Pudong (浦东 Pǔ​dōng​) is Shanghai’s newest district on the eastern side of the Huangpu River, full of gleaming skyscrapers rising out of what was mere farmland only 15 years ago.

We stayed at the Ritz Carlton on Nanjing road. Miles of designer stores and shopping. Beautiful flowers in the lobby. 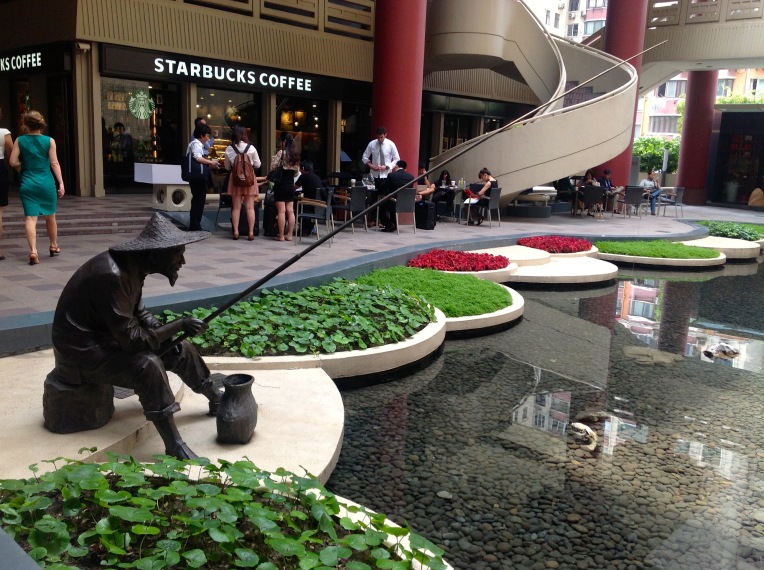 Beautiful Wax Candles . Seal and everything, carved from wax. 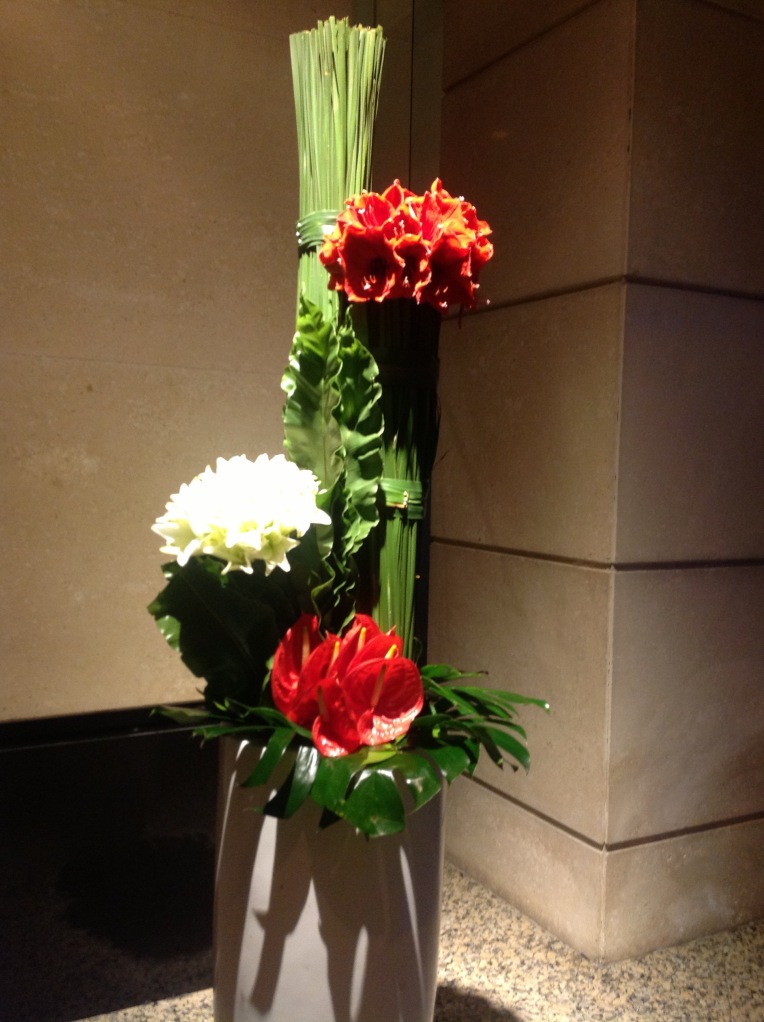 Very impressive until we walked to the end of Nanjing and came upon the Bund, Shanghais Old town. The spectacular Colonial Buildings and the glitzy Pudong across the river.

Video of Puxi and Pudong at Dusk 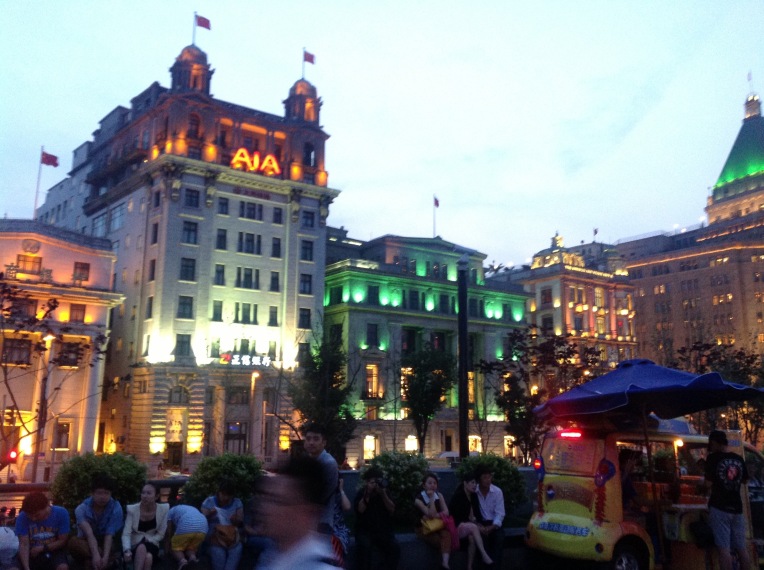 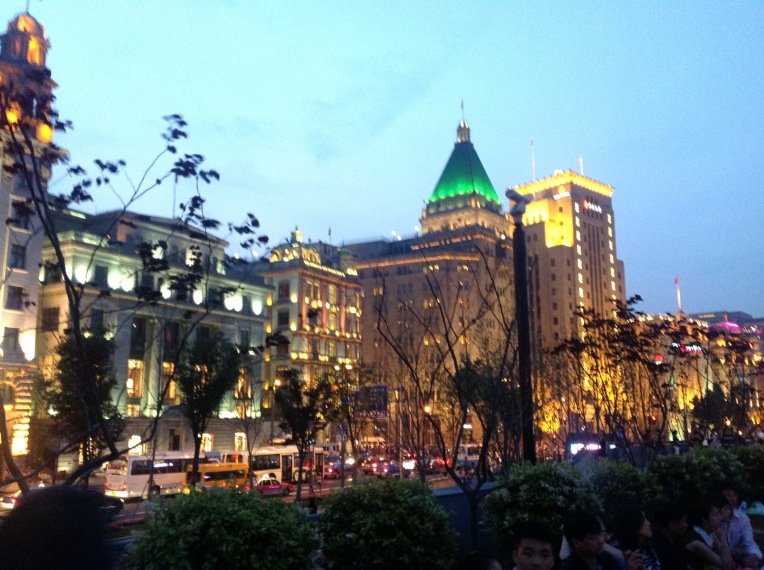 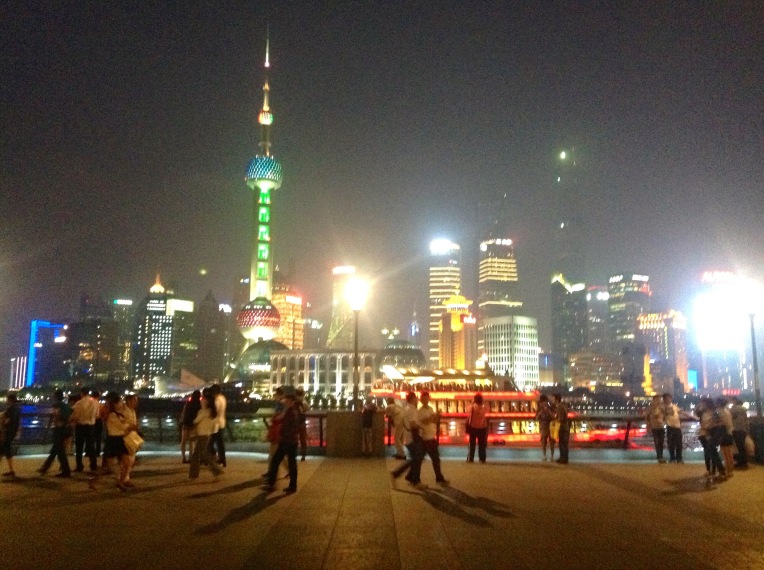 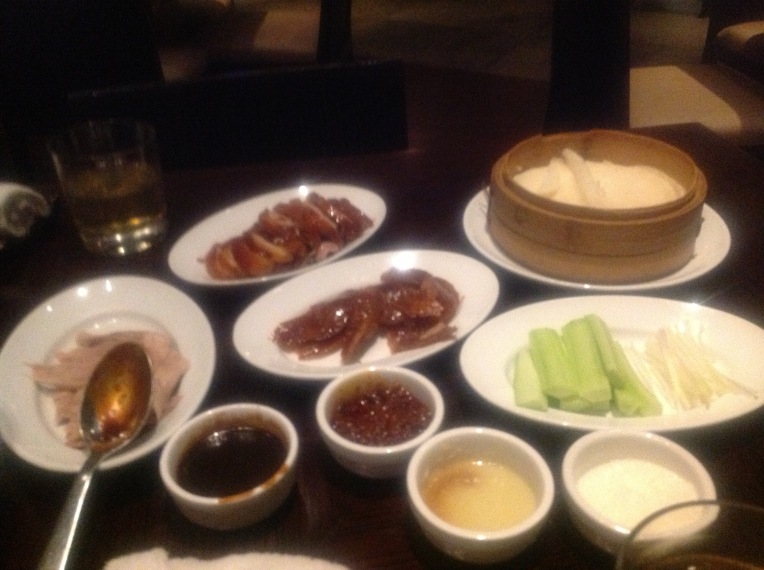 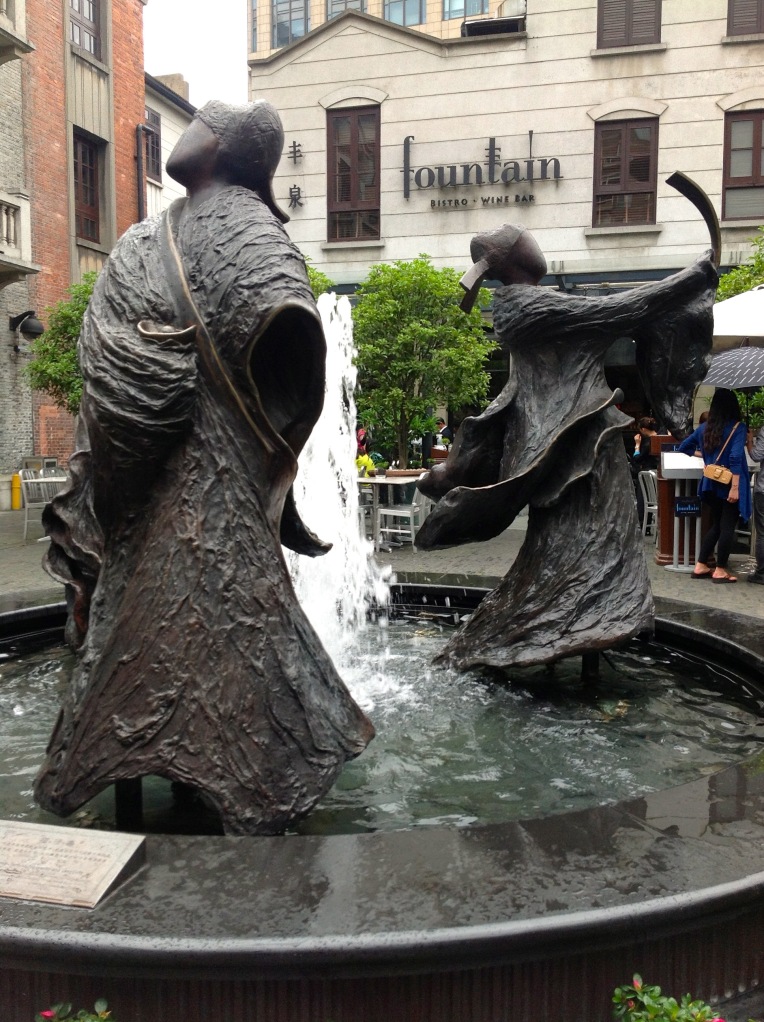 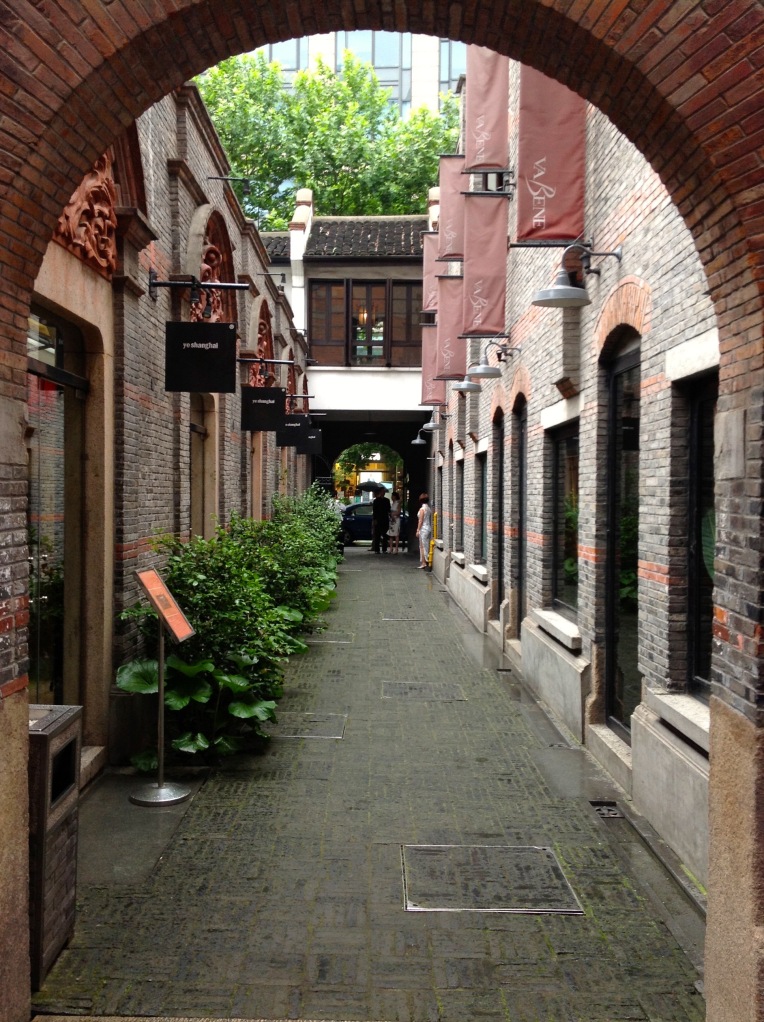 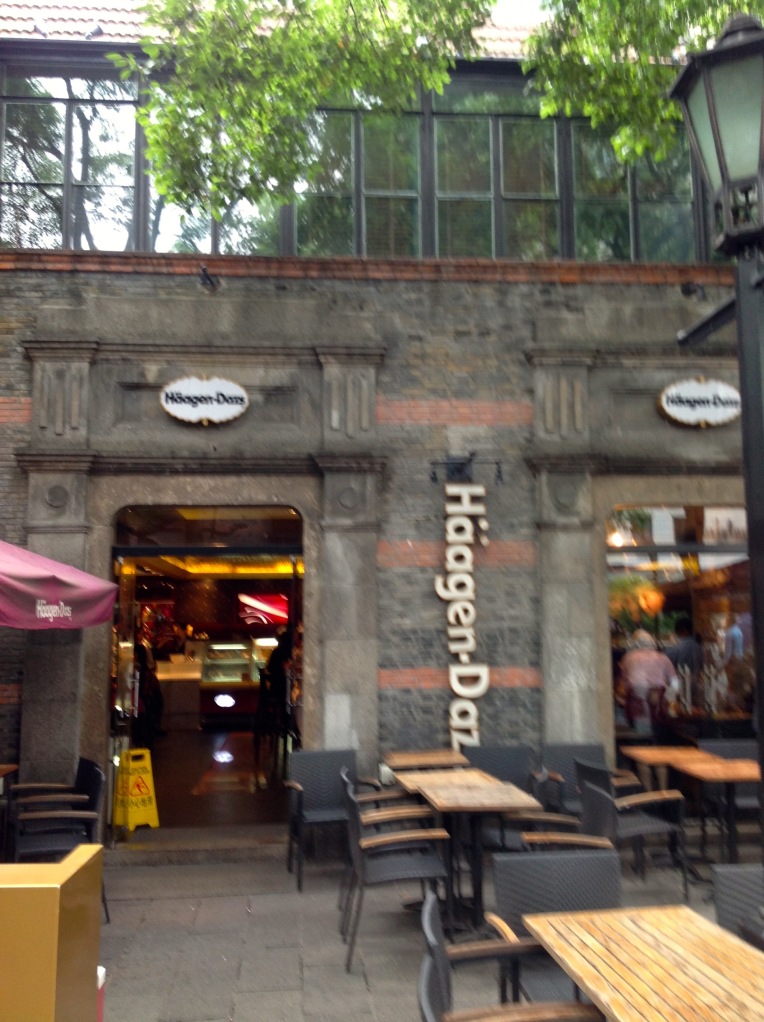 We then discovered Tian Zi Fang. It is known for small craft stores, coffee shops, trendy art studios and narrow alleys.It has become a popular tourist destination in Shanghai, and an example of preservation of local Shikumen architecture, with some similarities to Xintiandi. 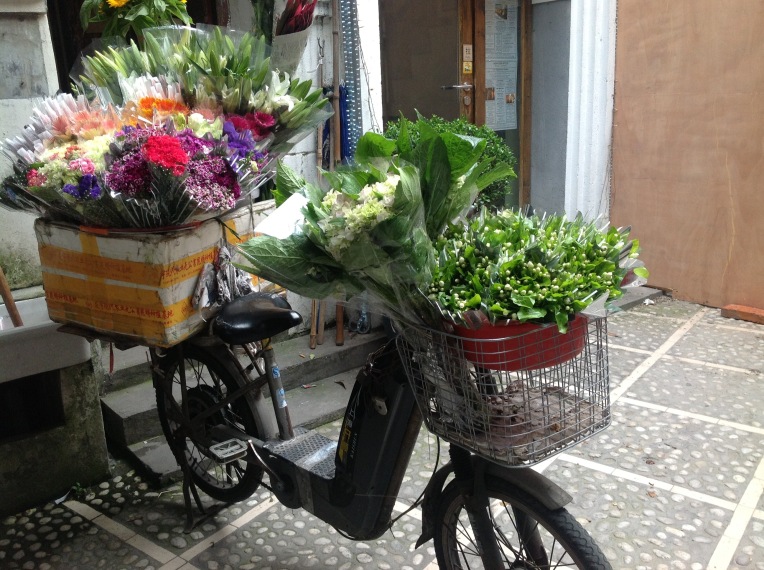 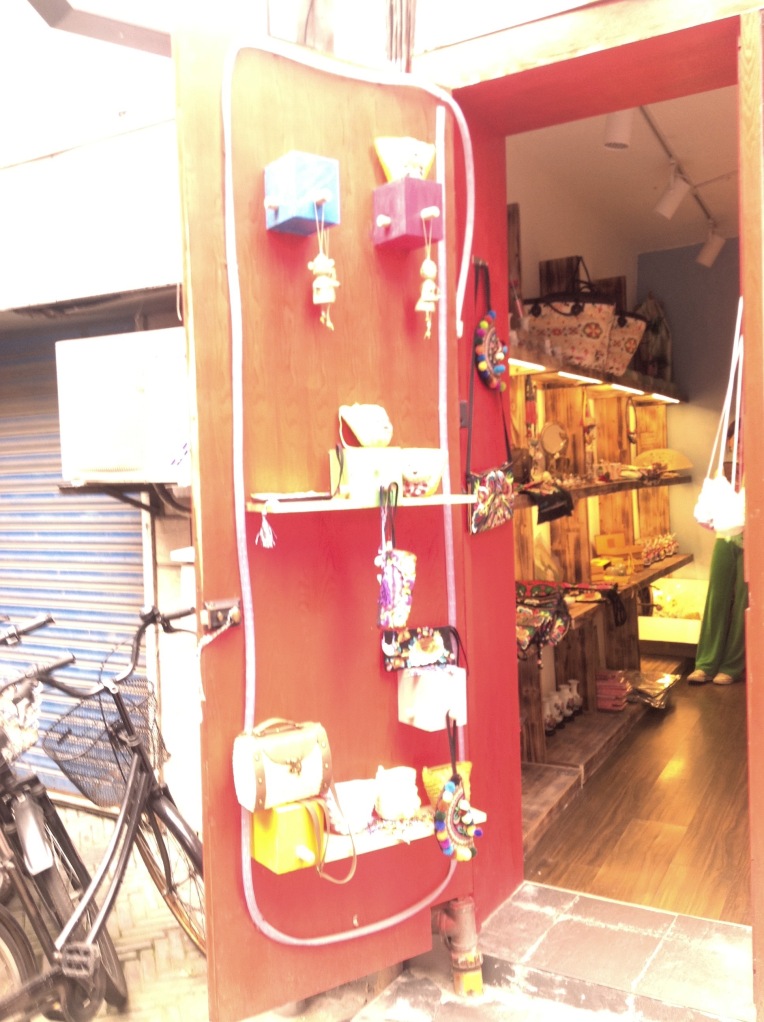 Beer break at the Boxing Cat Brewery. The perfect break after a long morning  of walking shopping! 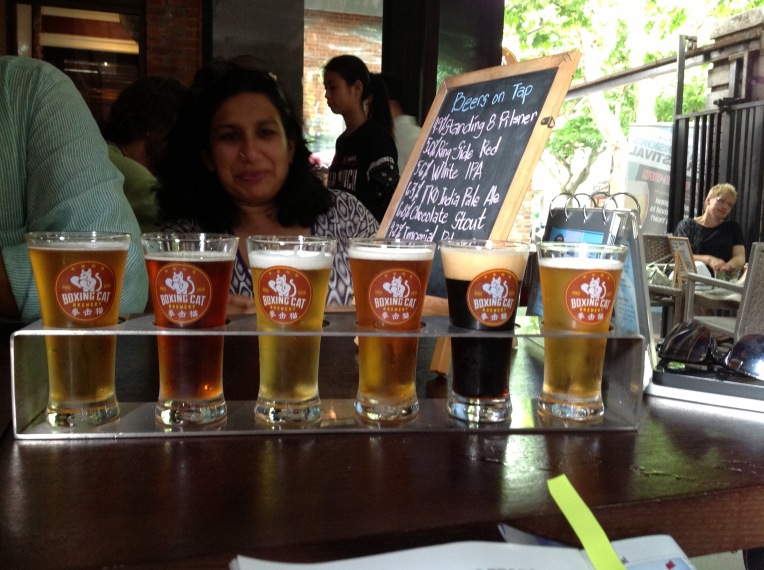 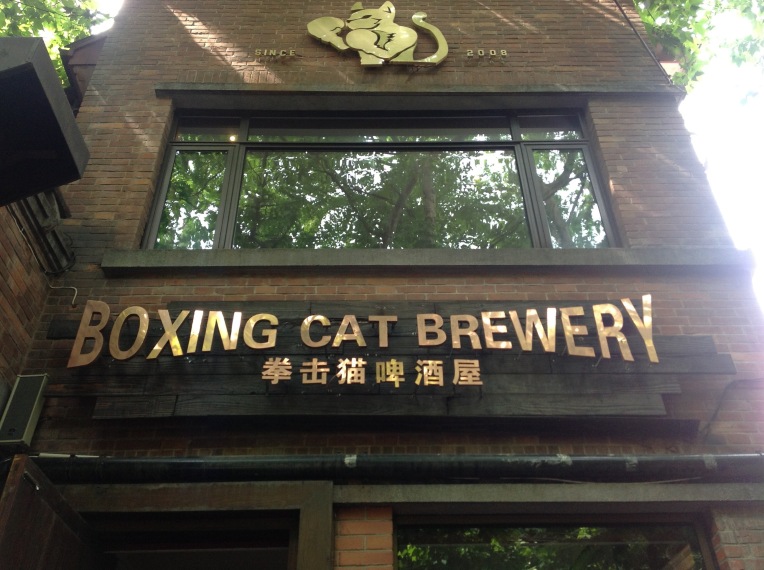 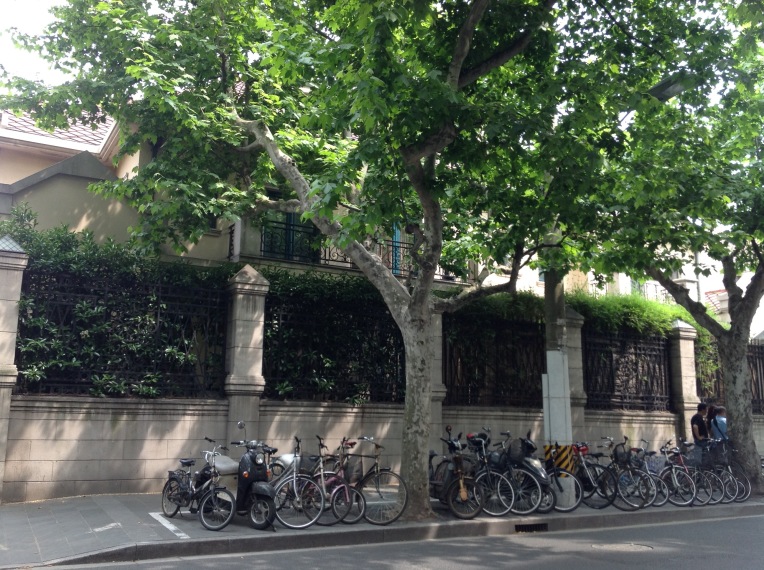 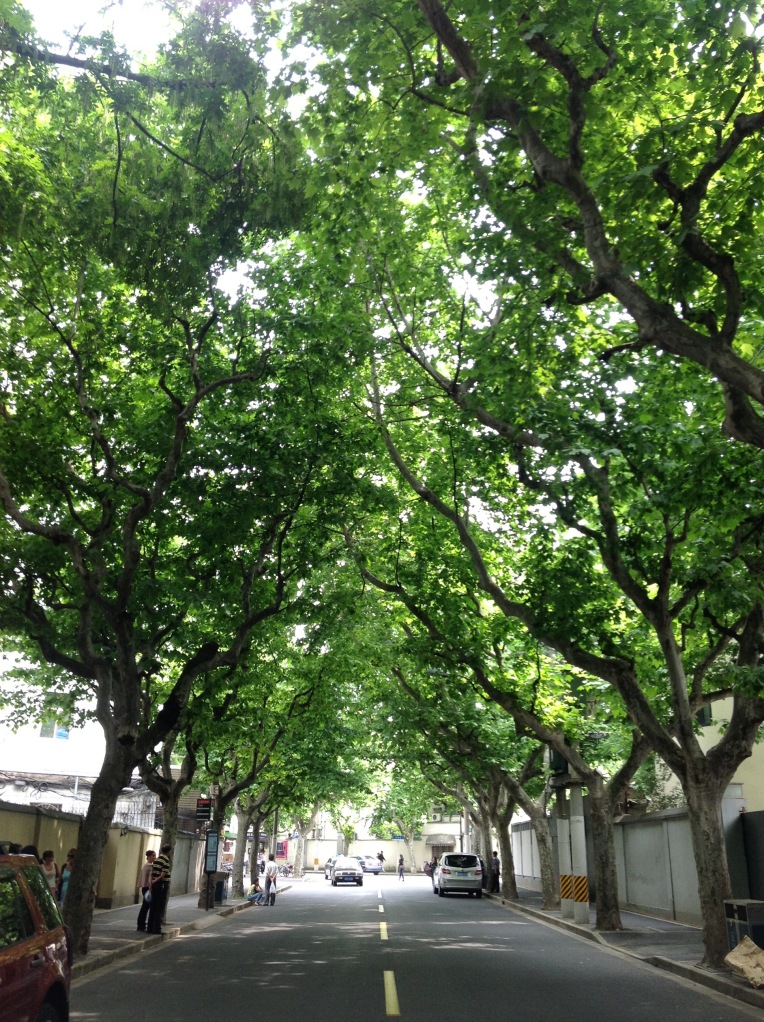 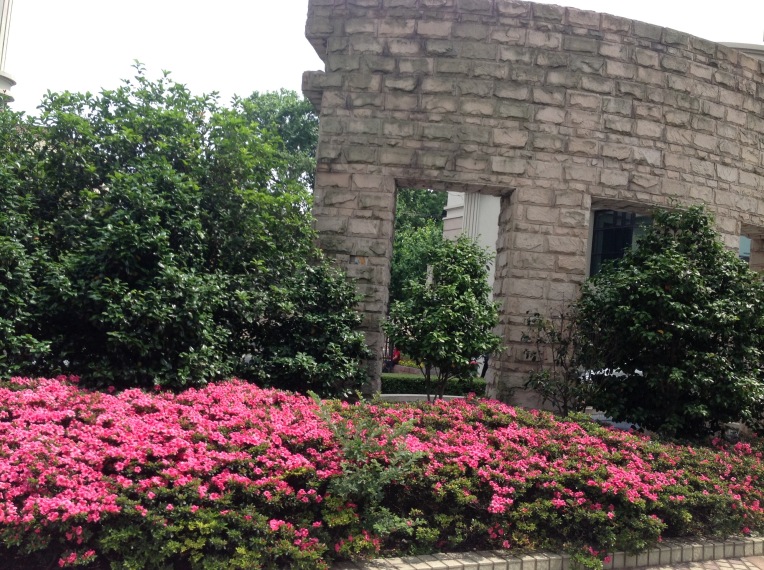 Dinner with are dear friends Ratan and Sony at their home. 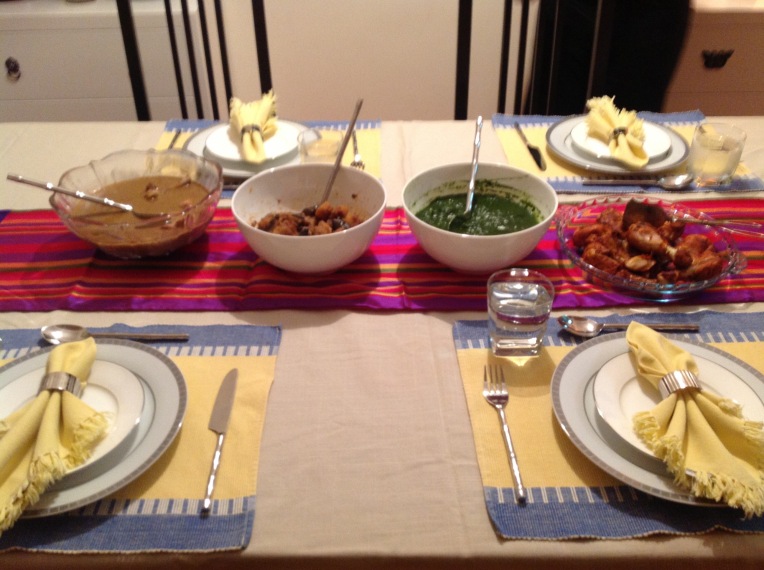 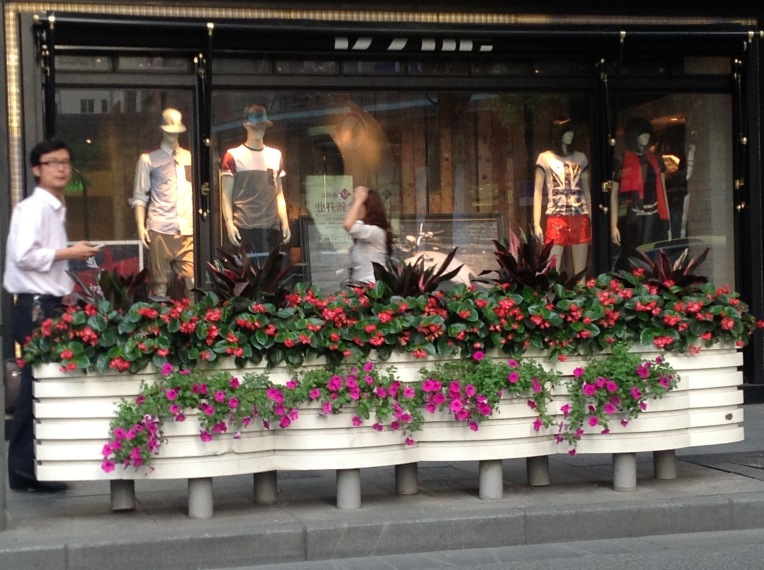 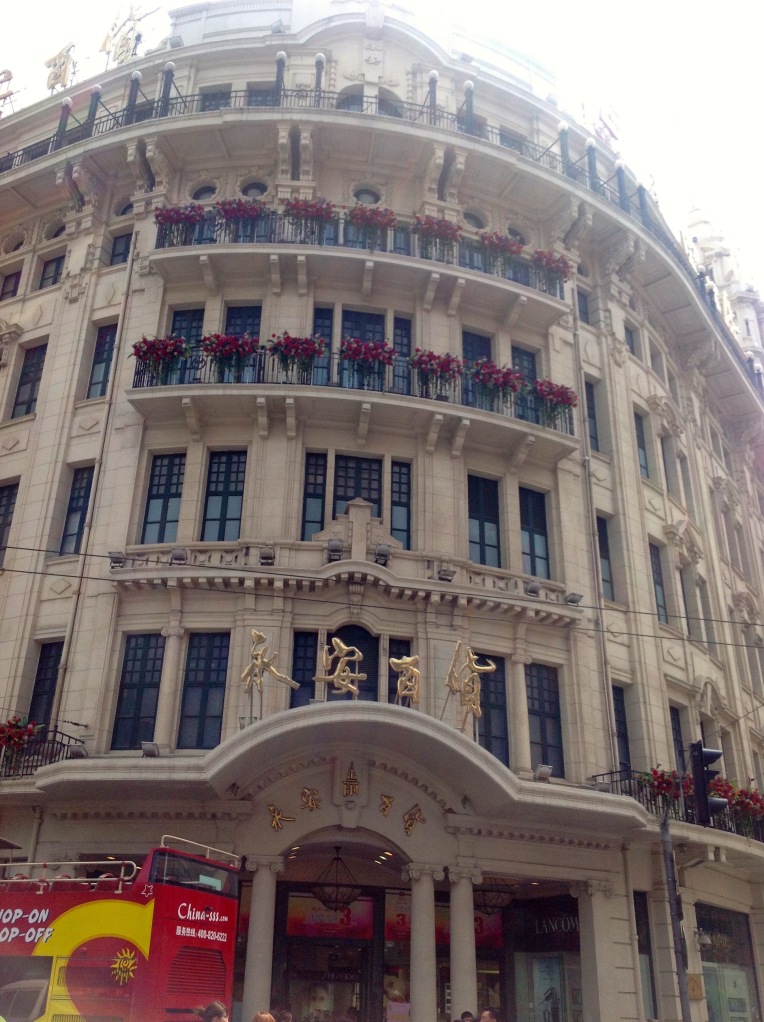 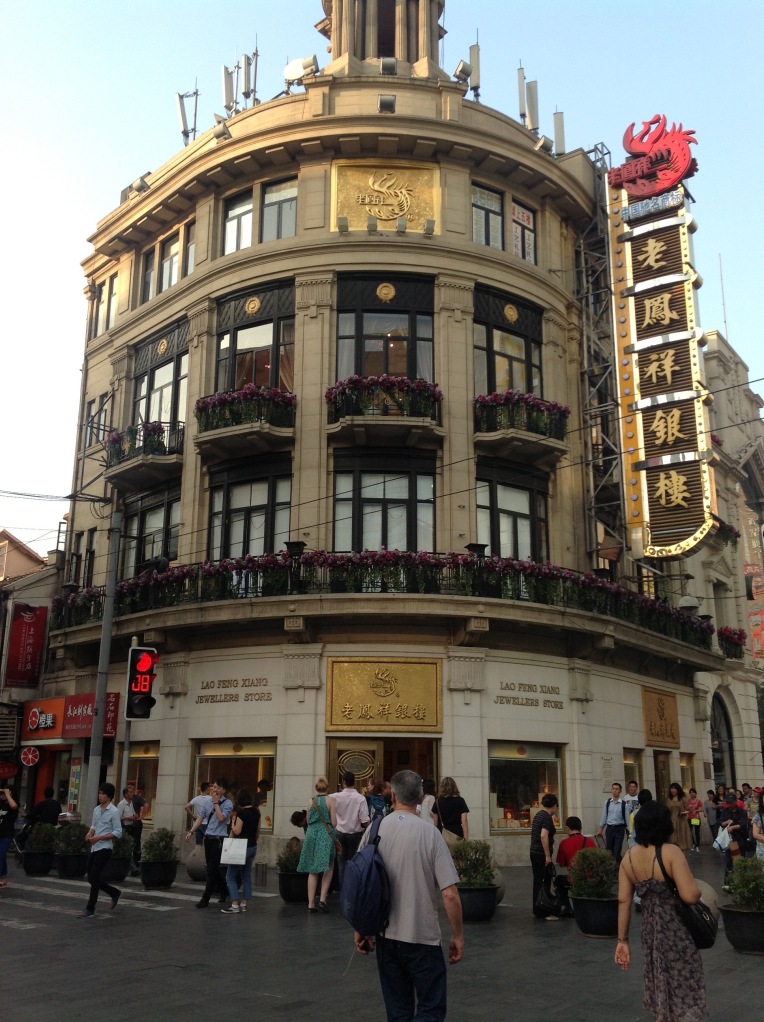 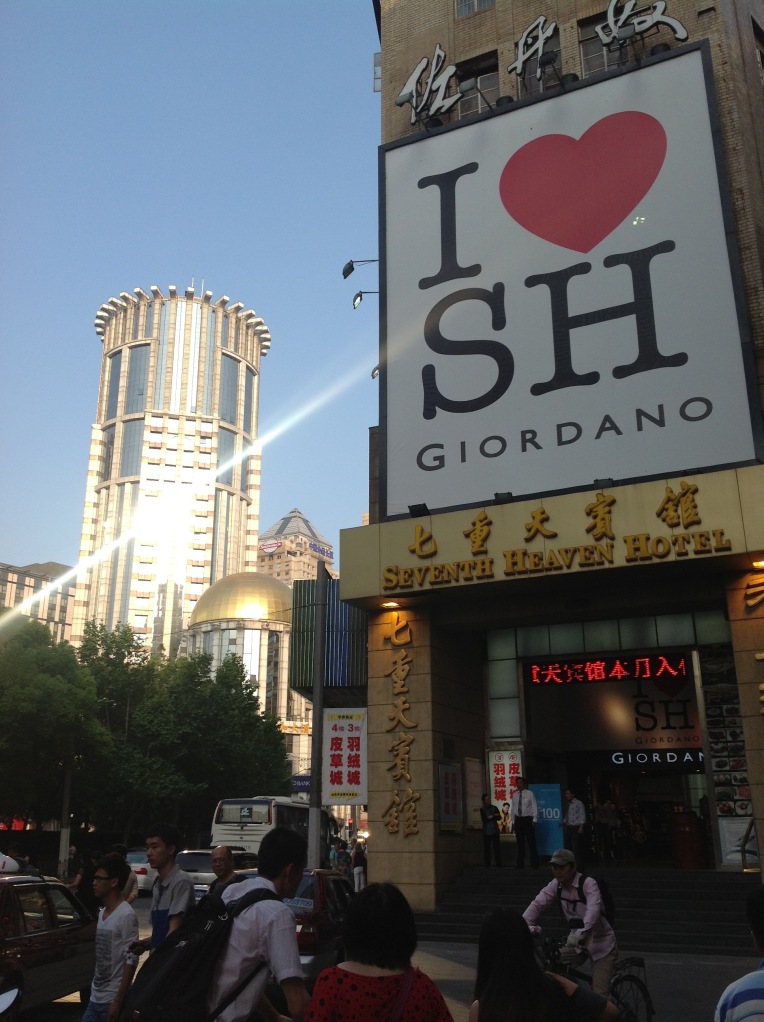 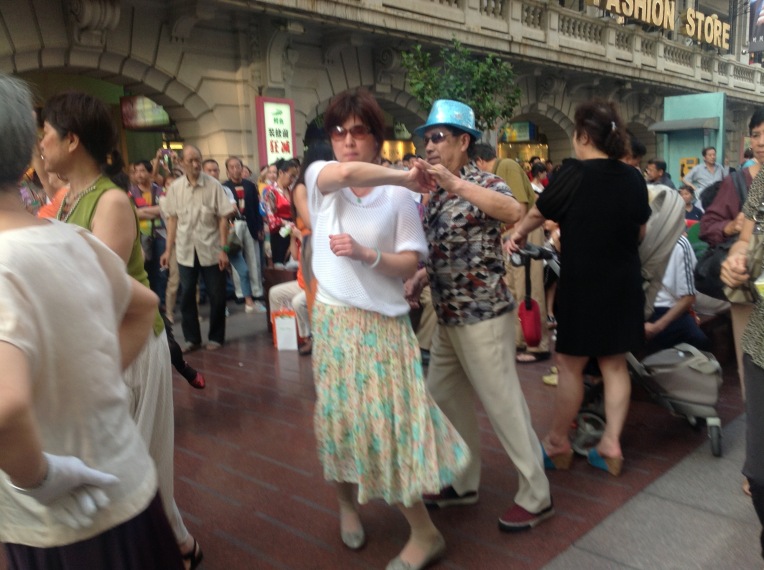 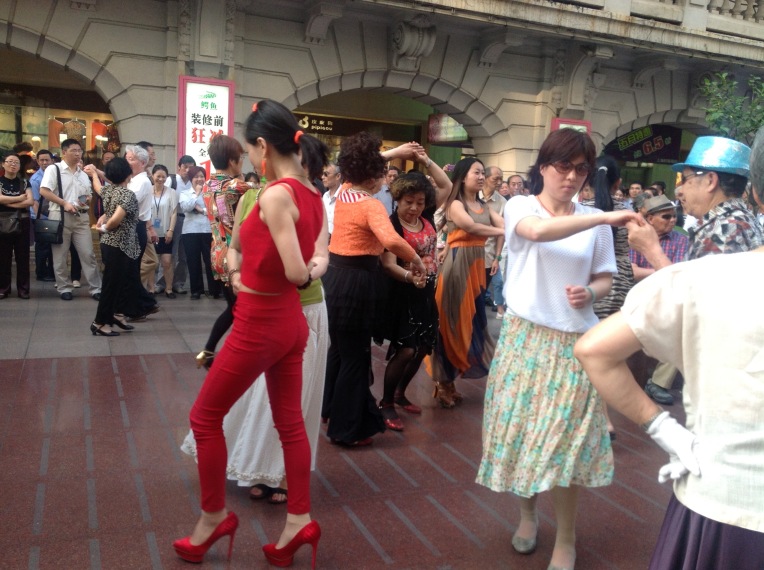 The view from the Vue bar at the Hyatt on the Bund.You’ve to to pay extra for a table with the view but its all good! 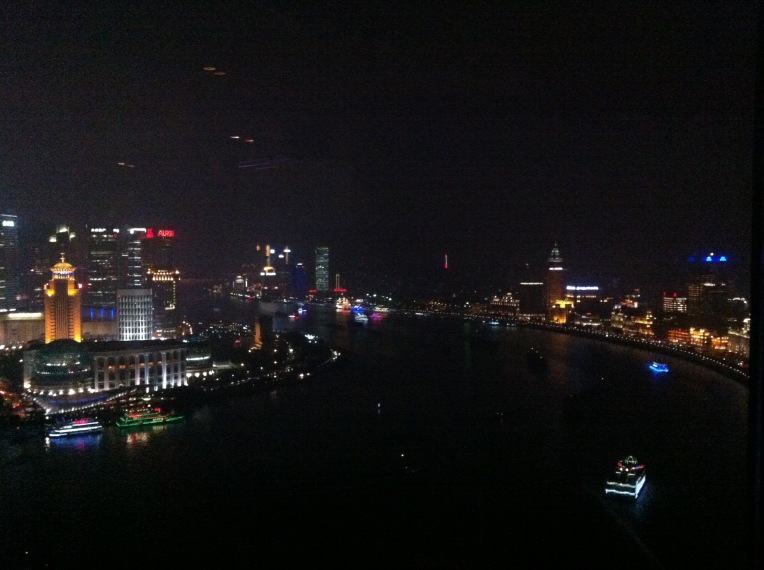 Had the Peking Duck at Xindalu – The Chinese restaurant at the hotel. The Duck was very good but was disappointed to see the housekeeping staff at work during dinner. 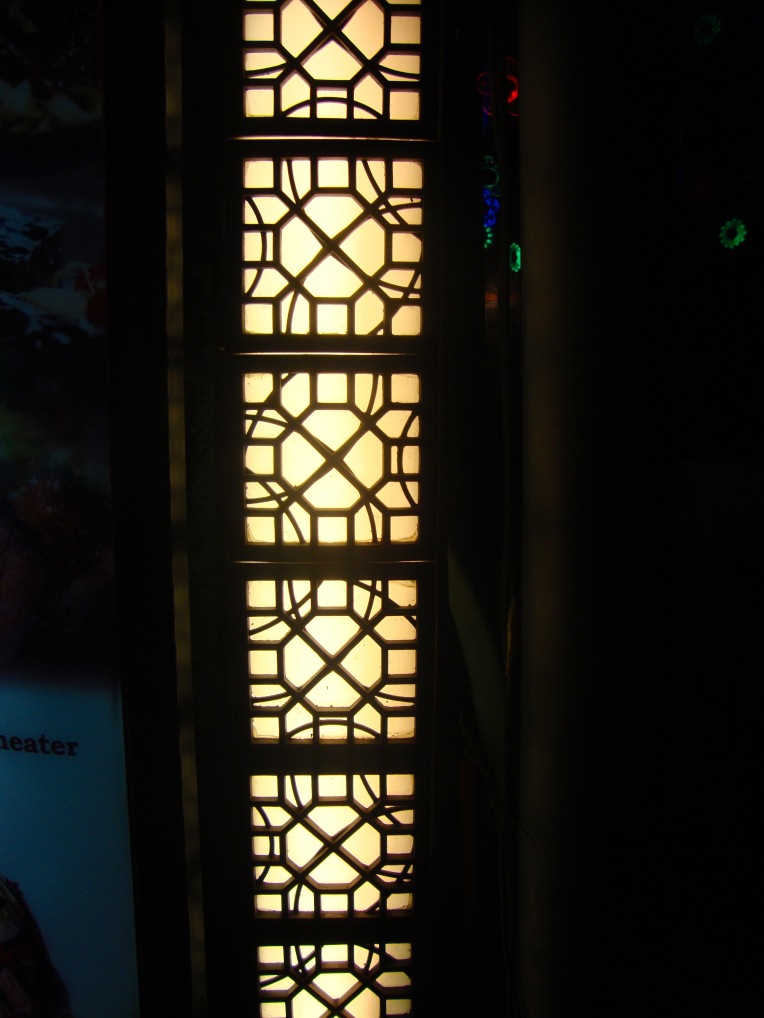 Our final evening we spent here. Lost Heaven on the Bund. It was young, hip, fun. Had a great cocktail menu and nice nibbles. On a terrace, it was open to sky, loud, sexy, smart and fun! 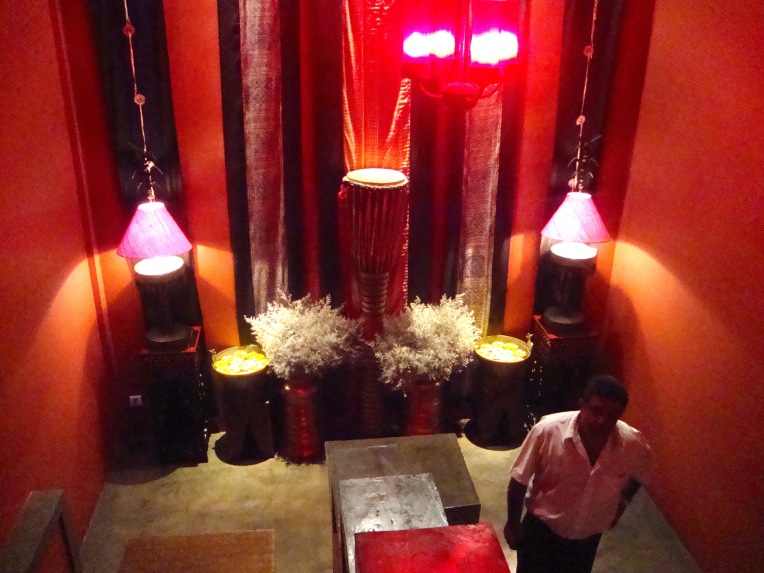